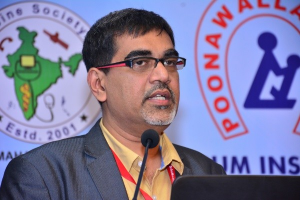 Past Positions as Founder member, Chairman and  President @